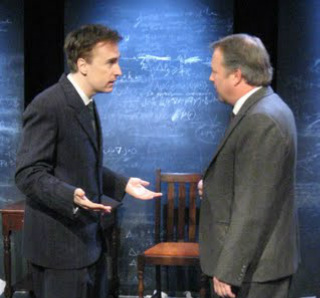 ★★★★★ Five Stars, Time Out
"That Michael Frayns’ achievement in his 1998 three-hander was nothing short of astonishing is roundly reiterated in Elly Green’s revival. She gracefully places with pace and atmosphere as the script sifts through time...you couldn’t hope for a more moving, intelligently judged fringe outing for Frayn’s searing inquiry into the moment when Western science understood that it had lost its innocence.” (Lucy Powell)

Altogether as fine an evening in the theatre as one could wish." (Chiswick & Isleworth Times)