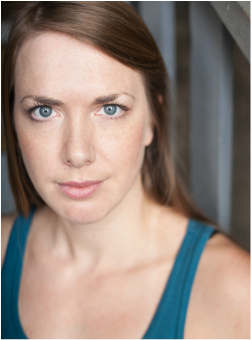 I am a British freelance Theatre Director based in Chicago. I trained on the MFA in Theatre Directing  at Birkbeck College, University of London.

I am an ensemble member with Sideshow Theatre Company and Strawdog Theatre Company, and I have worked with many other Chicago companies including Timeline, Raven, Jackalope, Victory Gardens, Goodman, Trap Door, Stage Left, Court Theatre and Chicago Shakespeare Theatre. Recent credits include The Effect by Lucy Prebble at Strawdog and Yen by Anna Jordan at Raven Theatre. My first production in the US was The TomKat Project at the Playground Theatre, which then transferred to the NY Fringe in 2013.

I am a text-based director with an equal passion for classic and contemporary material.  I am particularly interested in working with strands during the rehearsal process (world, character, text) - an approach inspired by, amongst others, Mike Alfreds. For several years, in London, I worked as a director and producer for Brother Tongue, a company I co-founded which focused on producing new translations of European work.